Where did that baobab come from?

Written by Nina Geraghty on November 4, 2013. Posted in BAOBAB TREES 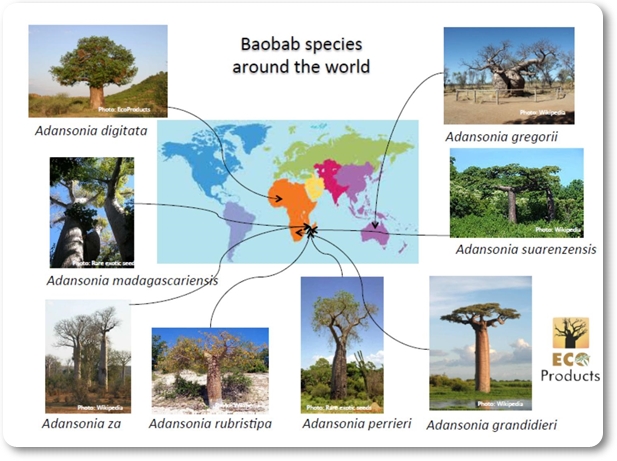 There are 8 different species of Baobab trees 6 of which are native to Madagascar, one in Africa and one in Australia. There’s a lot of controversy about where the Baobab tree originated  as it’s often been assumed that Madagascar is the centre of origin because it has the most different species. This implies that Adansonia digitata migrated from Madagascar to Africa. It’s been estimated that the divergence between the African Adansonia digitata and the Madagascan trees occurred about 10 million years ago dating well after the breakup of Gondwana and the separation of Madagascar from Africa which happened about 100 million years ago. However, in 2009 a group of researchers lead by Jean-Michel Pock Tsy conducted research and their findings strongly suggested that the centre of origin of baobab is actually West Africa. With the species being distributed by humans travelling across Africa. Recent studies clearly indicate that most of Madagascar’s plants descended from ancestors that have colonized the island from overseas. So Africa is in fact the most likely cradle of the Baobab tree!

In contrast to the solid bulkiness of the tree, the Baobab’s flowers are delicate and fragile looking. The pendulous white flowers, centred with a soft brush of bright yellow pollen, bloom for just 24 hours before falling gracefully to the ground.  The waxy white flowers appear in spring or early summer. The buds start to […]

Pre-school creches are sadly neglected in these rural areas of the Limpopo so it’s always great news when we receive donations for much needed equipment and facilities. 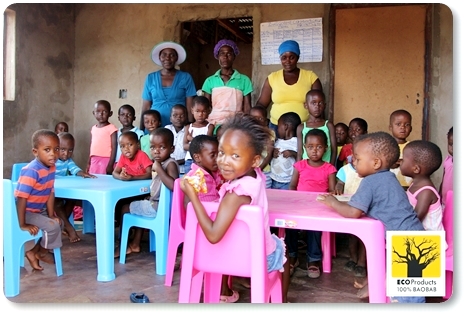 One of the villages where some of our harvesters live has a little crèche which is so needed while mothers go out to work.  Yet they have so very little in the way of even basic resources for busy, active, growing little children.   Recently on one of my monitoring trips, I was able to take some chairs […]