The Legend of the Upside-down Tree

Written by Nina Geraghty on July 5, 2013. Posted in ECOPRODUCTS: HOW WE WORK 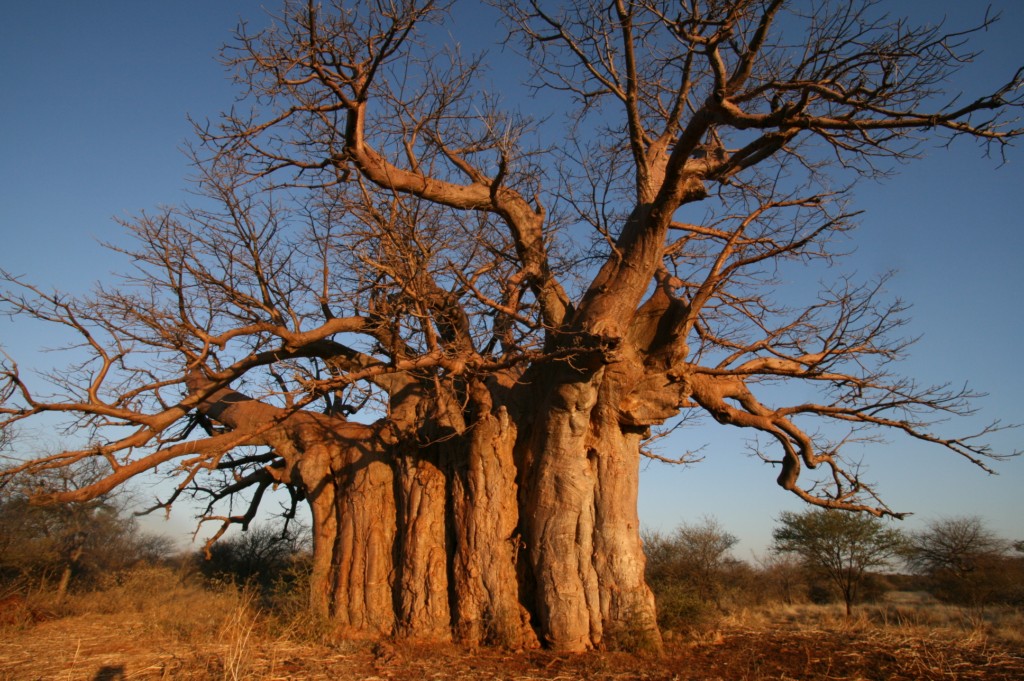 A very, very long time ago, say some African legends, the first baobab sprouted beside a small lake. As it grew taller and looked about it spied other trees, noting their colorful flowers, straight and handsome trunks, and large leaves. Then one day the wind died away leaving the water smooth as a mirror, and the tree finally got to see itself. The reflected image shocked it to its root hairs. Its own flowers lacked bright color, its leaves were tiny, it was grossly fat, and its bark resembled the wrinkled hide of an old elephant.

In a strongly worded invocation to the creator, the baobab complained about the bad deal it’d been given. This impertinence had no effect: Following a hasty reconsideration, the deity felt fully satisfied. Relishing the fact that some organisms were purposefully less than perfect, the creator demanded to know whether the baobab found the hippopotamus beautiful, or the hyena’s cry pleasant-and then retired in a huff behind the clouds. But back on earth the barrel-chested whiner neither stopped peering at its reflection nor raising its voice in protest. Finally, an exasperated creator returned from the sky, seized the ingrate by the trunk, yanked it from the ground, turned it over, and replanted it upside down. And from that day since, the baobab has been unable to see its reflection or make complaint; for thousands of years it has worked strictly in silence, paying off its ancient transgression by doing good deeds for people. All across the African continent some variation on this story is told to explain why this species is so unusual and yet so helpful. Taken with grateful acknowledgement from: http://buff.ly/1cduPVd 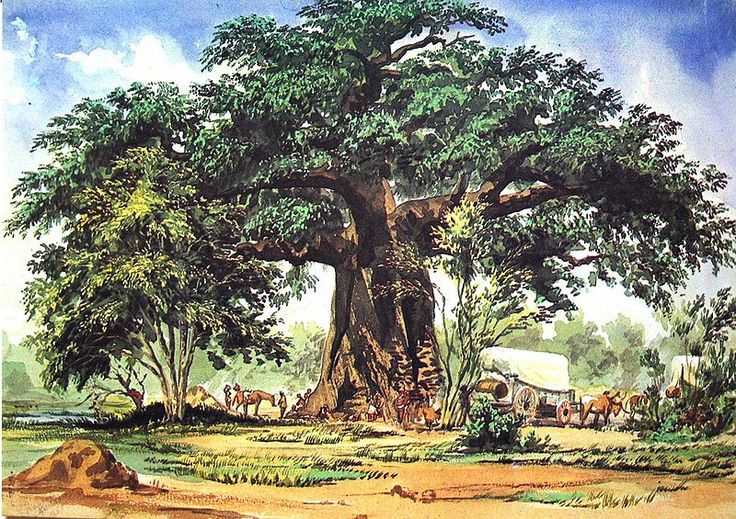 The Art of Baobab

Do you recognise this painting?  Find out how the Baobab has inspired other crafters, artists and photographers. Visit our Baobab Inspiration Pinterest page here: http://www.pinterest.com/ecoproductsza/baobab-inspiration-art-craft-photography/

The Mysterious Life of Baobab Flowers

How are baobab flowers pollinated? It’s still a subject for considerable research and Nisa Karimi has been studying baobab flower pollination in the Limpopo area.

Talk at the University of Limpopo

Biology and Zoology students of the University of Limpopo enjoy learning about how baobab fruit help to support rural livelihoods and the conservation of baobab trees.