The Order of the Baobab

Written by Nina Geraghty on January 20, 2014. Posted in BAOBAB TREES 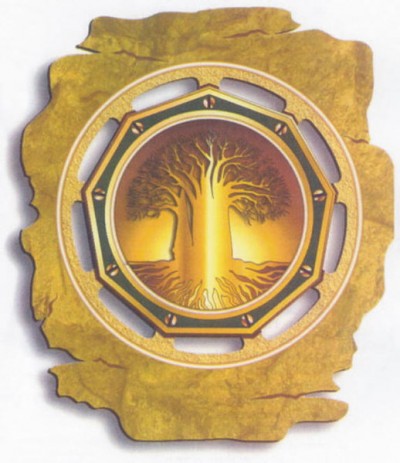 This Order was created in 2002,  to be awarded to South African citizens for distinguished service. The service awarded is well above and beyond the ordinary call of duty. It is an award for exceptional and distinguished contributions in the following categories.

This Order can be awarded in three Classes:

Class 1 = Supreme Counsellor of the Order of the Baobab (Gold)

Class 2 = Grand Counsellor of the Order of the Baobab (Silver)

Class 3 = Counsellor of the Order of the Baobab (Bronze)

This Order finds its inspiration from the Baobab which is a tropical African tree. The origins of the name Baobab is part of the many rich legends and mysteries of Africa. It has probably been more often described than any other tree in Africa for among other things its vitality, and magical and symbolic value to indigenous people. The endurance and tolerance shown by the tree in growing old is reflective of the sustained and exceptional service to South Africa that is awarded by this Order. Similarly the service rendered, still ensures the enduring and growing status of South Africa.

The Baobab is an important element in many African agro forestry systems. It provides bark for cloth and rope, fruits for food and fuel, and many other useful products. The familiar, broad and strong protruding root system supports a massive tree commonly known as a place for many important meetings and protection in traditional African societies.

In contrast to the solid bulkiness of the tree, the Baobab’s flowers are delicate and fragile looking. The pendulous white flowers, centred with a soft brush of bright yellow pollen, bloom for just 24 hours before falling gracefully to the ground.  The waxy white flowers appear in spring or early summer. The buds start to […] 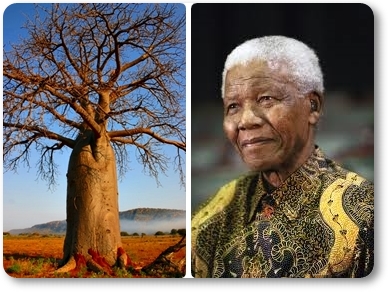 Mandela: an icon of Africa for the world

Madiba's unmistakable stature as statesman, leader and human being made him visible in a way that made it possible for all to see. May his moral example be as long lived as the Baobab tree, may the memory of his wisdom serve, and be the same shade under which people have gathered in community for generations to draw inspiration for the way forward. […]

Thank you to LTT Bolt & Nut for their generous donations to the Baobab Foundation. Pre-school creches are sadly neglected in these rural areas of the Limpopo so it’s always great news when we receive donations for much needed equipment and facilities.