The real truth about water in baobab trees

Written by Nina Geraghty on September 25, 2013. Posted in BAOBAB TREES 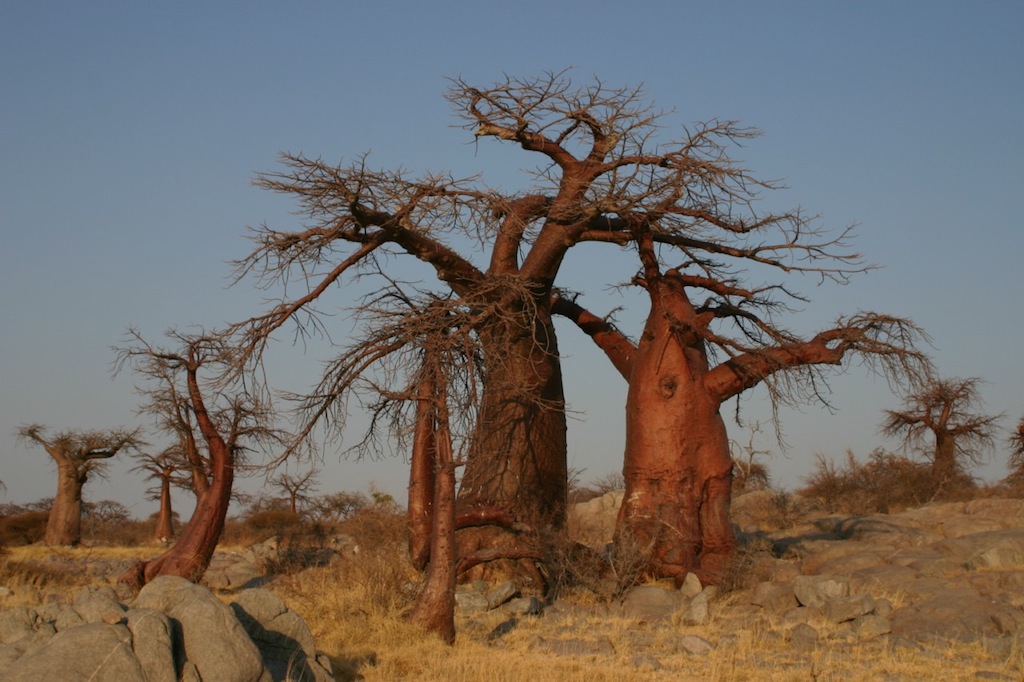 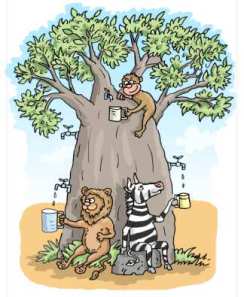 There’s a bit of a myth out there that you can tap water out of a baobab which is illustrated by this delightful cartoon.

The truth is that a freshly felled baobab trunk weighs about 850kg per cubic meter.  Once dried out, it weighs 200kg per cubic meter.  This means that baobabs are able to store 650 litres of water per cubic meter of tree.  In other words the tree consists of 76% water which is a lot!   But even though it has so much water, it is sadly not available for us to drink just like that.  Baobabs are actually very careful with how much water they use; they have ‘tight stomatal control’ (sounds like pinching my bladder).  The two most important functions of their stem water is to keep them standing upright and to help them flush new leaves at the beginning of the growing season.   They often shrink when this happens.

Baobabs also store water in natural hollows between branches and on the outside for the trunk.  In very arid areas people often cut hollows into baobabs to create storage ‘wells’ to catch rainwater and perhaps this is where the myth began that Baobab trees can offer drinking water to passing animals and humans. 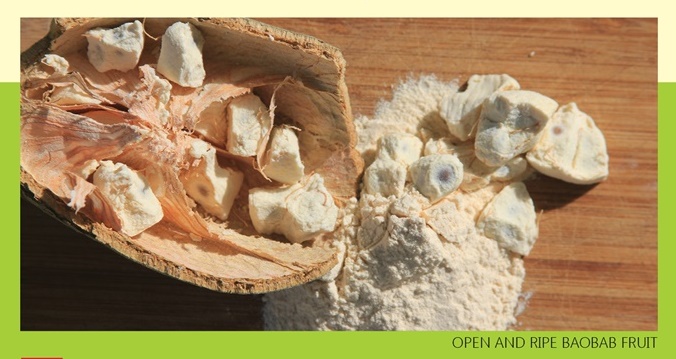 Inspired by her PhD research on baobab trees, Dr Sarah Venter wanted to make the fascinating information usually available only in obscure scientific papers, available to a much broader audience including children. The Little BIG BAOBAB book is for everyone who loves baobab trees… 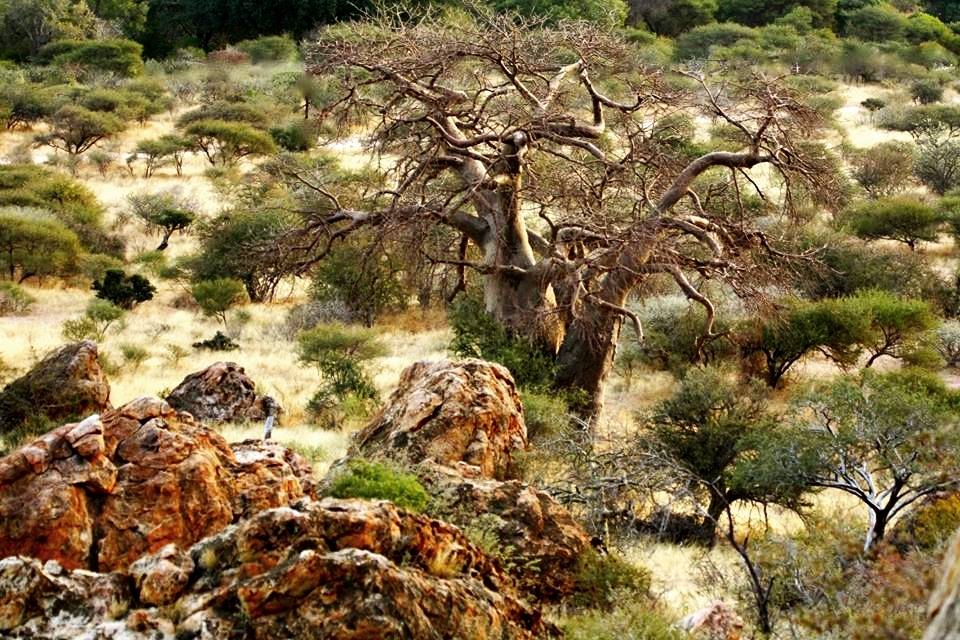 Baobabs in the landscape

Baobabs usually stand out in the landscape. But they can also blend… Photographer Vanessa Bristow captures this beautifully here.

Thank you to all of you who have been so supportive of the launch of the EcoProducts Foundation. All your shares, likes and comments help spread the word and have been so encouraging to us.  We’d like to tell you a little more about one of our programmes, Baobab Pre-school. Like most mothers, Venda women […]