Written by Nina Geraghty on April 21, 2014. Posted in BAOBAB TREES 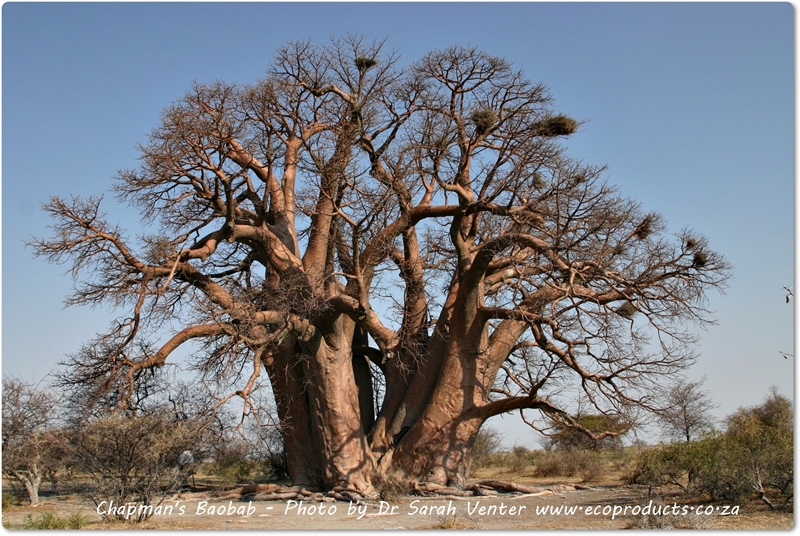 The Makgadikgadi Pan is a large salt pan in the middle of the dry savanna of northeastern Botswana. It is one of the largest salt flats in the world, the remains of a massive lake which dried up several thousand years ago.  Beyond the fringes of the pan are salt marshes and further out these are circled by grassland and then shrubby savanna. The prominent baobab trees found in the area function as local landmarks. One of them was named after explorer James Chapman when he was on expedition with Thomas Baines in 1861.   The tree is certainly over 1,000 years old and is reputed by some sources to be as old as between 4,000 and 6,000 years.

Chapman's Baobab has many documented references to it in the journals of early travellers and foreign explorers to the region, many of whom left inscriptions on its massive trunk which can still be seen today. The tree even served as an unofficial post office for these 19th-century explorers.

The massive old baobab has six main trunks, which measure a total circumference of twenty five meters, and is visible from far, rising up from the arid landscape, as well as a 7th new trunk that is beginning to grow. For this reason, the tree is known locally as the Seven Sisters.

As always in West Africa, people usually dress in vibrant colors, especially the women. It’s a beautiful sight to see. Around Boukombé, the markets are the most animated during the dry season. People are not otherwise occupied with agricultural labor, and harvests are in, so there is plenty to buy. The temperature that time of […] 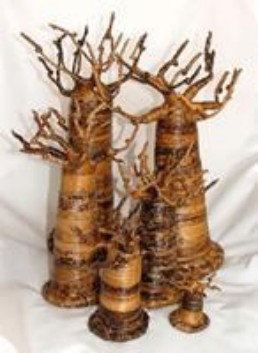 We like these gorgeous decor baobab trees made from banana leaf fibre! Check out http://buff.ly/16w70VR for more info.